Since 1993, music.4.life has offered musical opportunities for people of all ages and abilities. We pull from many methodologies, believing that creative exploration combined with the fundamentals can be effectively used to meet the vast gamut of ways in which people learn. Since musical activities involve the whole brain, there is always a way to engage a person with music! 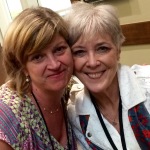 John and Betsy met as students at the University of Wisconsin, Madison in 1982 and  were married in 1984. Betsy began her Kindermusik career at Queens University in 1993, which was the year they settled in Charlotte. Hired by Carol Penney,  Director of Education at Kindermusik International, the Queens program was the first early childhood music development program in the city.  John became a business partner in 1999, and joined Betsy as a full time teacher in 2003.

Through partnerships with area organizations, they provide music services at Hemby Children’s Hospital and in Charlotte Mecklenburg Title 1 Schools.

Music.4.life is located near the historic Plaza Midwood district, which is convenient to uptown, Myers Park, Dilworth and Elizabeth.